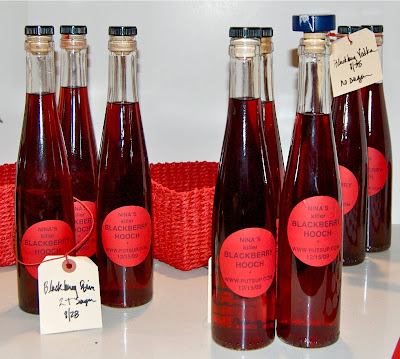 BEST OF 2009
There wasn't a lot to be thrilled about in 2009, frankly I could have have skipped the year altogether. I'm not quite sure how that would have worked, an extended hibernation, time travel or perhaps a year in Tibet. They all sound good.
In a year filled with disappointments my Blackberry Hooch was an unmitigated success, something to sing about (especially if you have had a few snorts) .
Perhaps not my most ambitious or most successful canning foray (were one to rate these things), nor the trickiest, using new techniques, gadgets and ingredients, but certainly one of most the most gratifying.
Overzealous harvesting one day at the U-PICK FARM left my kitchen counters littered with crates of blackberries ready to spoil in the summer heat. Desperate to not waste, I dumped the near-fermentation berries into my big half gallon BALL jars and covered them with booze. My intention was to make Blackberry Vodka but I quickly ran out (those jars are BIG!) and moved onto the gin remaining in the  liquor cabinet.
Come December I pulled them out of the garden shed to bottle as holiday gifts. WOW, they were fantastic!  Smoother than the vodka, the gin was the clear winner even among sworn gin-o-phobes.
Perhaps it was the long gestation period or maybe just a happy accident. Sometimes the finest cooking moments are born from mistakes. Maybe that's the lesson of 2009, alchemy, baby ,alchemy.
I was going to do a top ten list but felt felt it was a bit vainglorious so instead I have listed three of my favorite posts and recipes from 2009. 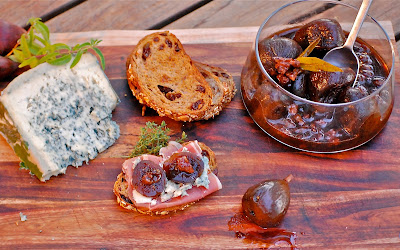 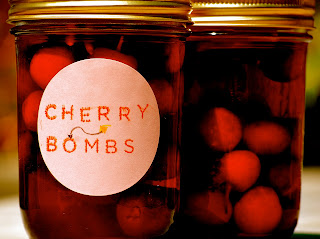